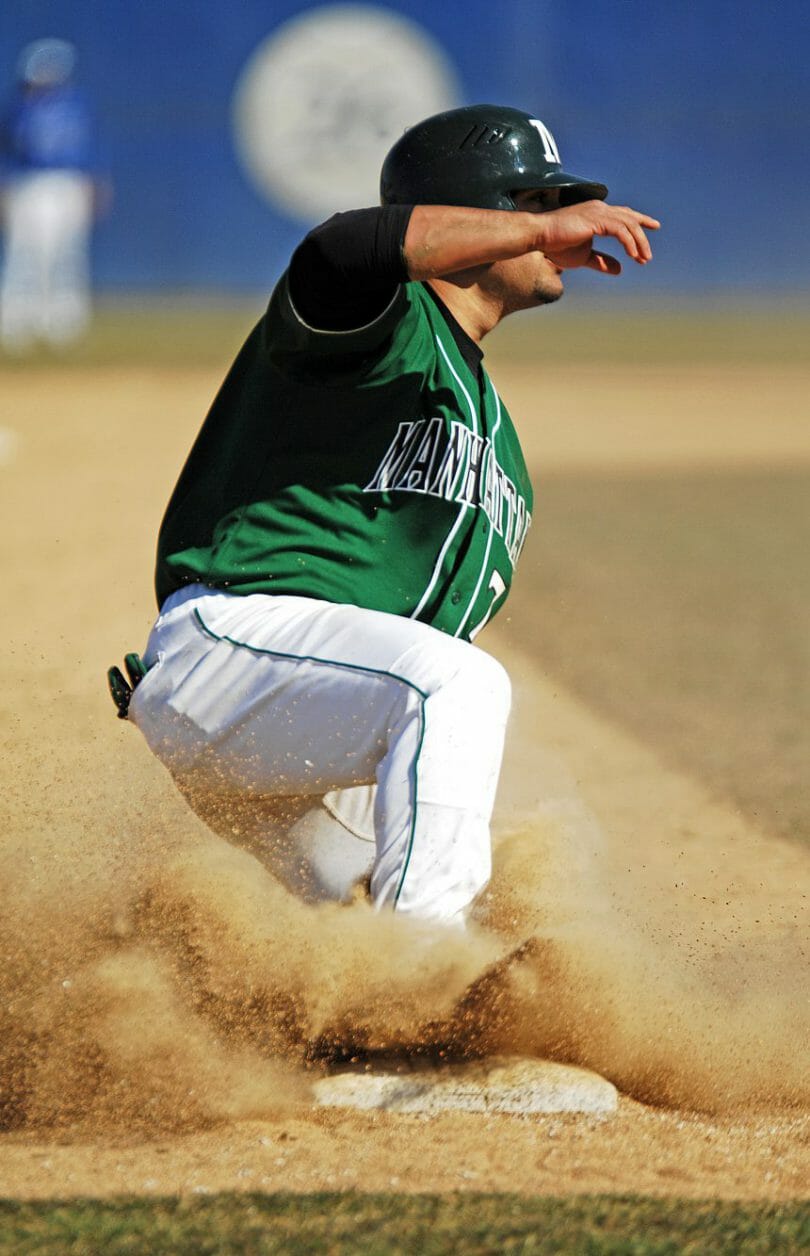 There are runners on second and third with no outs in the top of the 1st inning. The infield is playing back, willing to give up a run for an out. The 3rd base coach gives his signs and turns to the base runners, letting them know that the runner on 3rd will read the ball on the ground past the pitcher and go.

The hitter gets the first pitch curve ball he was looking for and hits it right on the screws, but only two steps to the shortstop’s right. The shortstop takes two quick steps to his right and gets the ball on his backhand. The runner on 3rd reads the ball past the pitcher and heads home. The runner at second also takes off running towards 3rd.

The shortstop gathers the ball, surprised by the trail runner’s decision. He sets his feet and makes a throw to the third baseman who covered 3rd after realizing he had no play on the ball. The trail runner tries to slide around the tag, but the throw beats him easily and he is tagged out. Two pitches later, the cleanup hitter bounces into a double play and the defense gets out of the jam having given up only one run.

There is no trick answer here, only a base running mistake that we see often. Even though the third base coach told the runners that the runner at 3rd will go on anything past the pitcher, the runner at 2nd has a different assignment. With the infield back, he still needs to be aware of any ball hit to the left side of the infield, and proceed as if he is the only runner. With no outs, the trail runner should be especially cautious. He can’t risk making the 1st out at 3rd, giving the shortstop an easier play to make, and trading his scoring position for the runner at 1st, who sets up the double play – an easier way for the pitcher to escape with minimal damage.

This is a mistake that could easily have been avoided if the runner did his pre-pitch homework. Before the play happens, he should know how many outs there are, where the defenders are positioned, what he is doing on a line drive, what he is doing on a fly ball, and what he is doing on different ground balls. Although the lead runner’s assignment may influence the trail runner’s decision, he can’t react without knowing what he should do ahead of time. This will lead to sloppy base running mistakes and hurt your team, as it did in this scenario.