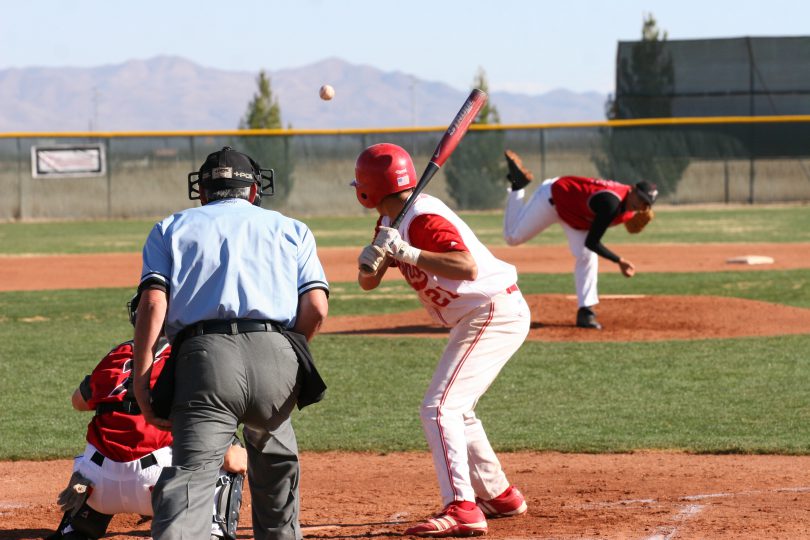 The pitcher has mowed through the first six innings. After more than two full trips through the lineup, he is still consistently getting guys out. The top of the order has been seeing mostly soft stuff away, with finishing pitches hard in on the hands. The bottom part of the order has seen mostly fastballs away.

Hitter after hitter goes up to the plate looking for pitches to hammer. Everyone is frustrated because they’ve been totally shut down. Nobody is talking in the dugout. They all think they have to rely on themselves to go get a run with one swing of the bat.

The pitcher holds them down all game. He throws a CG, and even after the game, everyone knows that he was a very beatable arm. But during that game, the offense helped him every step of the way by getting themselves out over and over again.

One of the biggest things you’ll have to get used to in college is making adjustments. In college, every team you play against will have a full scouting report on your strengths, weaknesses, and tendencies. Your league will adjust to you. You have to adjust back.

In the game described above, the entire team was completely shut down, but not because of the pitcher. They were shut down because their approach wasn’t working and they didn’t make any adjustments. Here are a couple of ideas to keep this from happening to you:

Baseball is a game of adjustments. Starting in college, you’ll be expected to make them pitch to pitch, at-bat to at-bat, game to game, series to series, and season to season. Start now. Learn your own tendencies so you can predict how people are going to pitch to you and what adjustments you’re going to have to make. Encourage your teammates to do the same. Understand that the game is going to evolve. Evolve with it. Think the game.