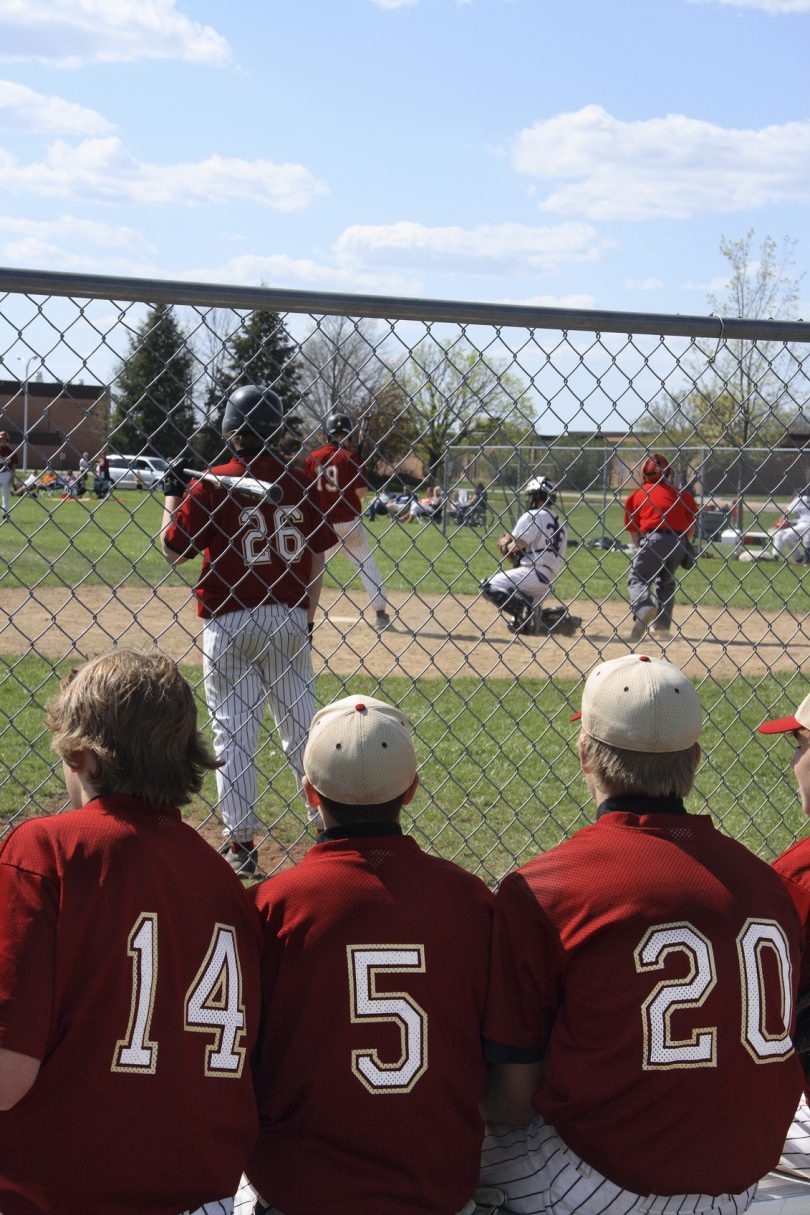 Runner on third, one out. The middle infield is back. The game is tied in the 6thinning.

The runner on third knows that he is “green” on a ball to the middle infield. That means he is running on anything put in play to the shortstop or second baseman. The batter hits a hard ground ball right up the middle. The runner on third immediately breaks for the plate, but the pitcher spears the ball on the first hop.

The pitcher turns and chases the runner back towards third, getting him in a run-down. The runner is tagged out and the hitter is stuck at first base.

In this situation, the runner is going to have plenty of time to score on any ball hit up the middle. He can’t get overanxious and run himself out of the inning. When the middle infielders are playing all the way back with a runner on third, their mentality is that they are just going to get the out at first base. They will not try to throw a runner out at home on any routinely hit ground ball because if they do, they will probably (and rightfully) get into some serious trouble with their coaches.

When the middle is back, they are both physically and mentally conceding the run. Take advantage of that! The worst thing that can happen in that situation is that the base runner gets hung out to dry on a ball hit to a corner infielder or the pitcher. Don’t let that happen to you. First of all, shorten your lead at third. You aren’t going anywhere in a hurry, so why push for an extra couple of feet that could end up costing you if there’s a sharp grounder hit to the third baseman? Stay a little closer to the bag and immediately take a step back on anything hit down the line in your direction. Second, see the ball past the pitcher. This is where the runner in this scenario went wrong. Seeing the ball up the middle is a good start to getting a good break, but it is not everything. If the pitcher has a shot at the grounder, freeze. If he catches it, get back as fast as you can. The only way you can get hung out as a base runner in this situation is if you take a step in the wrong direction. If your first move is back to the bag, you’re going to be safe on a ball hit to the corners or the pitcher.

That being said, don’t be too cautious either.The second that you see that ball up the middle and past the pitcher, break as hard as you can for home. Taking a good, hard first couple of steps will ensure that the middle infielder will never even think about trying to get you at the plate and you should continue this all-out sprint all the way home.