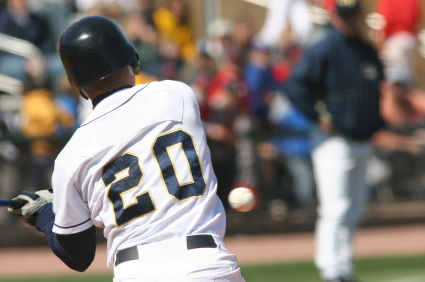 Every college-bound high school player dreams of getting noticed by a college coach. If you weren’t interested in that, you wouldn’t be on this website right now! Well, we want you to get noticed, too, but we want it to be for the right reasons. A lot of people don’t realize that intangibles, like attitude, knowledge of the game, and appearance, can play a big role in making or breaking your chances of playing for a team.

You may wonder what we mean by “intangibles.” We are talking about things that can’t be physically touched. They have nothing to do with your athletic skill set, but you can be sure that coaches are looking for them. Intangibles include not only your attitude, your knowledge of the game, and your outward appearance (height, weight, fitness level) but also things like your ability to be in the right position, your understanding of the unwritten rules of the game, and whether or not you can think on your feet.

For example, let’s say that there is a player who is interested in playing at a D1 school on the West Coast. We will call him Carl. If it were up to Carl’s talent and athleticism alone, there is little chance that he would be considered for a spot on the team. Sure, Carl is a good player, but to play at the school he is interested in, he would have to be one of the top prospects of the region. Carl attended the showcase for his dream school and the coaches immediately noticed his attitude and his hustle, and that he looked like and carried himself like a ballplayer.

Now Carl may not end up getting a roster spot on the team, but that is not the point. The point is that even though he may not be expected by many recruiters to be a great player, he may get a shot to play at one of the top schools in the country because of his intangibles. Carl is buying himself additional opportunities: he is getting noticed for the right reasons. Intangibles are things that every player can control through hard work and effort.

On the flip side, many players get crossed off of coaches’ lists before they even step between the foul lines. You don’t want to get noticed because you look lazy, distracted, slow, or careless. That would be getting noticed for the wrong reasons.

Here is a list of 10 tips to help coaches remember you as a ballplayer worth another look:

2. Always dress yourself in proper baseball attire. Always tuck your shirt in, wear a belt, and wear your hat straight. Never wear gaudy jewelry or anything that doesn’t belong on the baseball field.

3. Play the game hard and clean. Never show that you are afraid to get dirty or that you give up on the tough plays.

4. Show that you can think fast. Know where you need to be and what you need to do before the play begins.

5. Know how to conduct yourself in the dugout, during good spells, bad spells, and everything in between.

6. Never show frustration. Don’t throw temper tantrums or throw equipment. Ever. Coaches don’t want players they have to babysit or players who cause trouble or can’t control themselves.

7. Never use your cell phone during practices or games. Wait until you leave the field.

8. Never shy away from opportunities to prove what you can do. Try to get extra at-bats at camps, showcases, or wherever you can.

9. Always have a good attitude and mindset. Baseball is a game of consistency; never get too high or too low. Stay positive and confident, no matter what is happening. 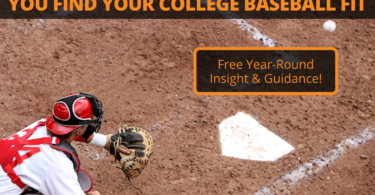 Navigating the college baseball recruiting process can seem like an impossible task. With...