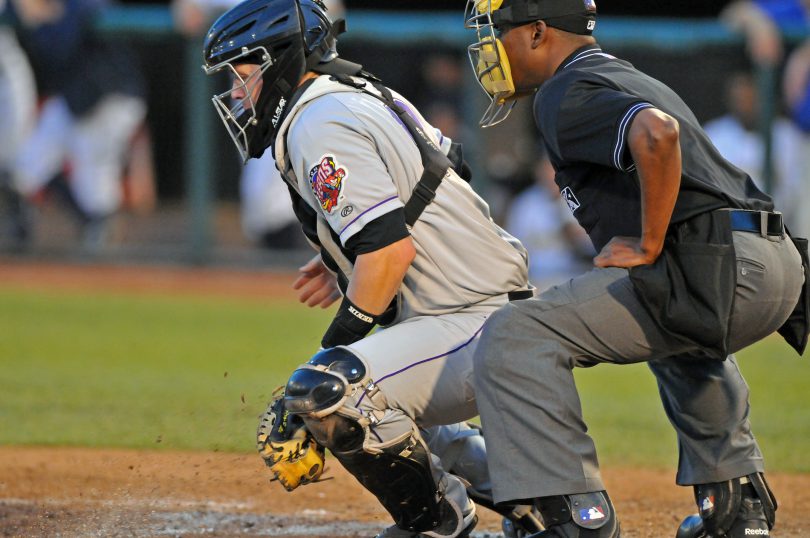 Thinking the game often has to do with preparing for plays well before they happen. We practice taking ground balls, catching fly balls, and blocking pitches in the dirt because we know they will happen in the game. We can also practice recovering from mistakes that are likely to happen, knowing that no one is perfect. Practice imperfect plays where things don’t go exactly according to plan. Practice recovering. Catchers, pitchers and other positions can work on plays like this with difficult throwing angles by setting up a dummy runner in the base bath close to first base. It’s also a great way for first basement to work on moving around the bag at tough angles without the injury risk of being run into. Catchers, go ahead and watch this play again. Can you make this throw? If not, it’s time to think the game and get to work.