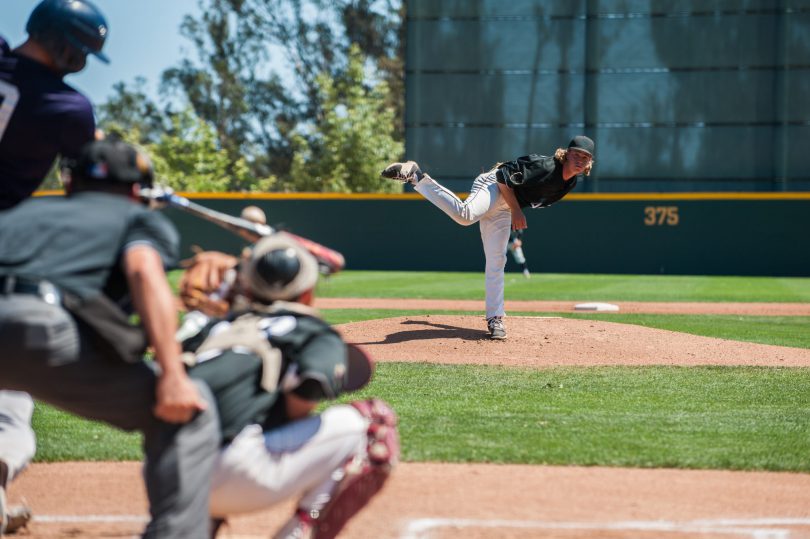 It’s the fourth inning of a game against a league opponent. The offense has faced this pitcher in previous years and the team has kept a tendency chart on him during each of his starts, meaning they have a general idea of what pitches he is likely to throw and in what counts. The count is currently 1-0 after he missed the zone on the first pitch with a breaking ball.

The batter digs in for the 1-0 pitch. The pitcher kicks into his wind-up and throws a 1-0 fastball on the outer half of the plate. The batter takes it.

After getting ahead with a 1-0 count, the pitcher evens the count 1-1. He then makes some good pitches and eventually gets the batter to hit a weak ground ball to the shortstop on a 1-2 count. The shortstop fields it cleanly and throws the batter out.

As stated earlier, the offense had a good amount of information on this pitcher from his previous starts against the team. This is a great practice, but many teams and players make the mistake of not using the data they collect to the fullest or even at all. If the batter had looked at the charts prior to his at bat, he would have realized that in a 1-0 count the pitcher throws an outside fastball 70% of the time. If he looked deeper into the chart he could have seen that after he misses with a breaking ball on the first pitch he throws a fastball away 85% of the time. After looking at this information it would be easy to formulate the correct approach. Since hitting is reactive to what the pitcher throws, the hitter’s approach is greatly improved if he takes into consideration what the pitcher is going to throw, especially in leverage counts where the pitcher must “come to the hitter”.

Here’s what the hitter should have done differently. Prior to the at bat, he should have reviewed the pitcher tendency chart to be aware of major trends. After the pitcher misses with a breaking ball on the first pitch, the batter should step out of the box and reminded himself of the high likelihood for a fastball away and commit to driving a fastball on the outer half of the plate if it comes in the way he likes. It is important to note that just because a pitch is on the outer half of plate, does not mean the hitter should slap it to the opposite side of the field. The hitter should take his best swing and hit the pitch accordingly.