There is a lot of fanfare surrounding commitments. You have likely seen plenty of announcements online starting “Blessed and humbled to continue…” about a player verbally committing to a school. Verbal commitments are an important and symbolic milestone in the recruiting process and reflect a lot of hard work on the part of the player and the program they commit to. HOWEVER, verbal commitments are not the end of the recruiting process and are not a guarantee of anything – roster spots and scholarship money included. When verbally committing to a school, recruits need to be 100% clear on what that commitment means and how it can end.

While most prospects end up navigating the post-commitment road to campus without incident, there are plenty of cases where verbal commitments don’t hold up, for a variety of reasons. With rosters impacted by covid-related eligibility relief, we can expect more decommitments than usual to continue and the transfer portal to be full, as coaches try to balance out rosters. This makes it even more important for players to understand exactly what a verbal commitment is and what it means. The rest of this article explains verbal commitments in detail and clarifies why recruits need to understand what can go wrong  before  they jump the gun and commit without all the information they need.

A verbal commitment is a gentleman’s agreement between a recruit and a coach that states that the recruit will attend that school on a prearranged financial award. As a ‘gentleman’s agreement’, the deal is only as good as the word of the two parties involved. Legally, it is a non-binding verbal agreement with no guarantees, regardless of the terms that both sides arrange. No matter what a coach says, when push comes to shove, there is nothing legally holding the deal in place. A program is only obligated to honor the agreement once a recruit has signed a written financial agreement or National Letter of Intent (NLI) during his senior year of high school.

It’s hard to say exactly how often verbal commitments fall through, because there is no fool proof way to track when verbal commitments are reached. The NCAA research team released a D1 study on early recruiting, finding that players who verbally commit to a school before 11th grade are less likely to enroll at that school. Players that commit prior to 11th grade are also more likely to have the coach of the program where they commit leave and have the terms of their scholarship/financial agreement changed. The survey also found that in many sports, later recruitment was associated with more positive recruit feelings about the recruiting process.

We’re going to explain the box contact point in this series called “Hit the Cages.” All of... 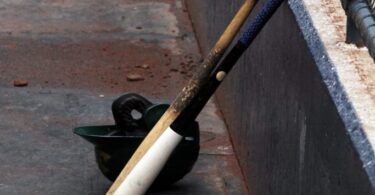