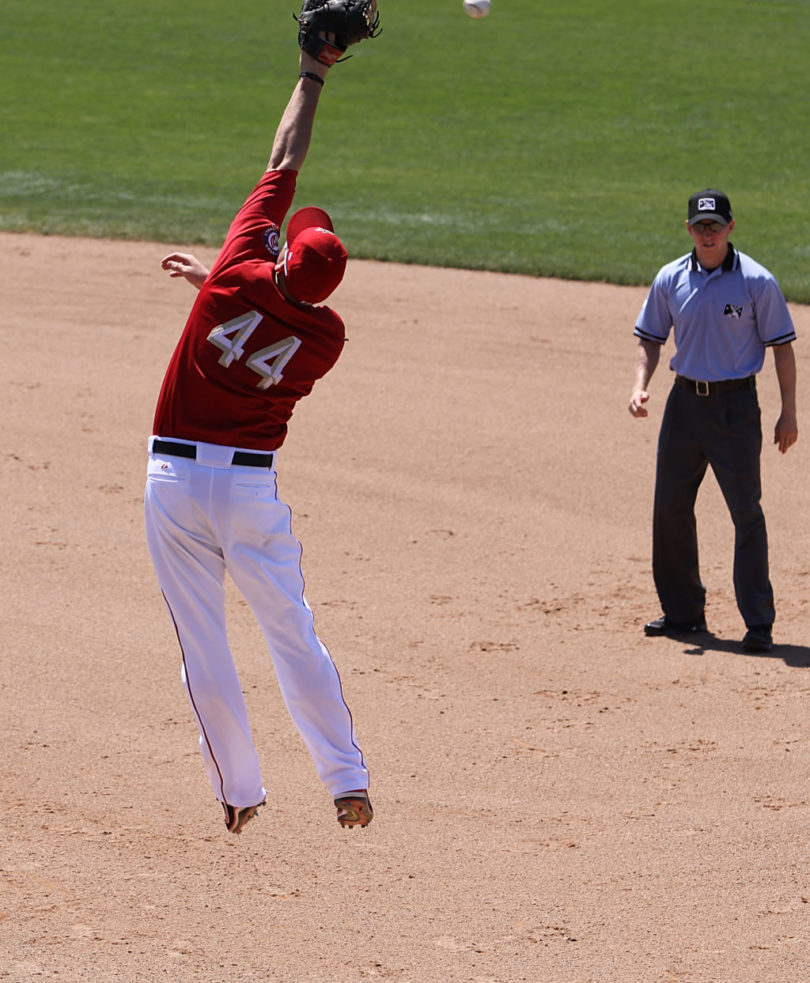 It’s the first inning of the first playoff game and everyone is still a little tight. There’s no one on and 1 out after a leadoff strikeout.

The batter hits as routine of a ground ball as there can be to the shortstop. The shortstop fields it cleanly and throws it across the diamond. Usually a can of corn, the first baseman gets a bit antsy and stretches for the ball prematurely.

The first baseman is mid stretch when he realizes that the throw is a high. There’s little he can do to change his momentum and the ball sails over his head and outstretched glove. The batter takes a sharp turn and advances to second base and scoring position.

The answer here is pretty obvious, right? The first baseman assumed that the shortstop was going to throw a strike and stretched before he could read the throw, which we know is too early. Because he committed too early, he couldn’t adjust to a high through that may have been possible to catch. Stretching too early limits your overall range at first base. In order to catch this ball and get an out, a first basemen needs to get to the bag early. Set up with his heels on the corners, with his shoulders square to where the ball is coming from. Once set up, the first baseman needs to assume that a bad throw is going to be made. The first baseman should stretch after the ball is about halfway to him, so he can read the throw properly and stretch accordingly.

When the throw is high, you should think about stretching up before stretching out to get the ball. Drive your knee on your stretch leg upward so you get maximum extension and can get to your tippy toes if need be. It is important to remember that while getting an out is important and always the most desired outcome, catching the ball and keeping the runner off second base is probably a higher priority. If the first baseman needs to leave his feet to catch a ball, he should.