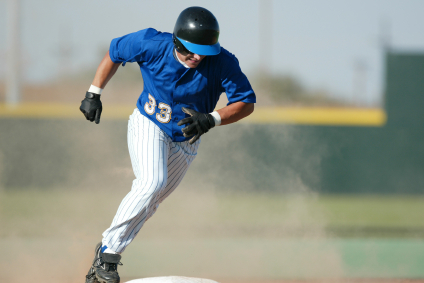 While it’s important to be aggressive, the situation matters greatly. Even if the runner from second had been sent around to score, the center fielder meeting the ball with his momentum going towards third base makes it an easy and short throw to third that would have had him out by as much as a half dozen steps. Take a look at the play for yourself here. Would the runner have been safe at 3rd? It’s highly unlikely. This play is another reminder that thinking the game on the base paths means keeping your head up and being aware of the play as it develops.