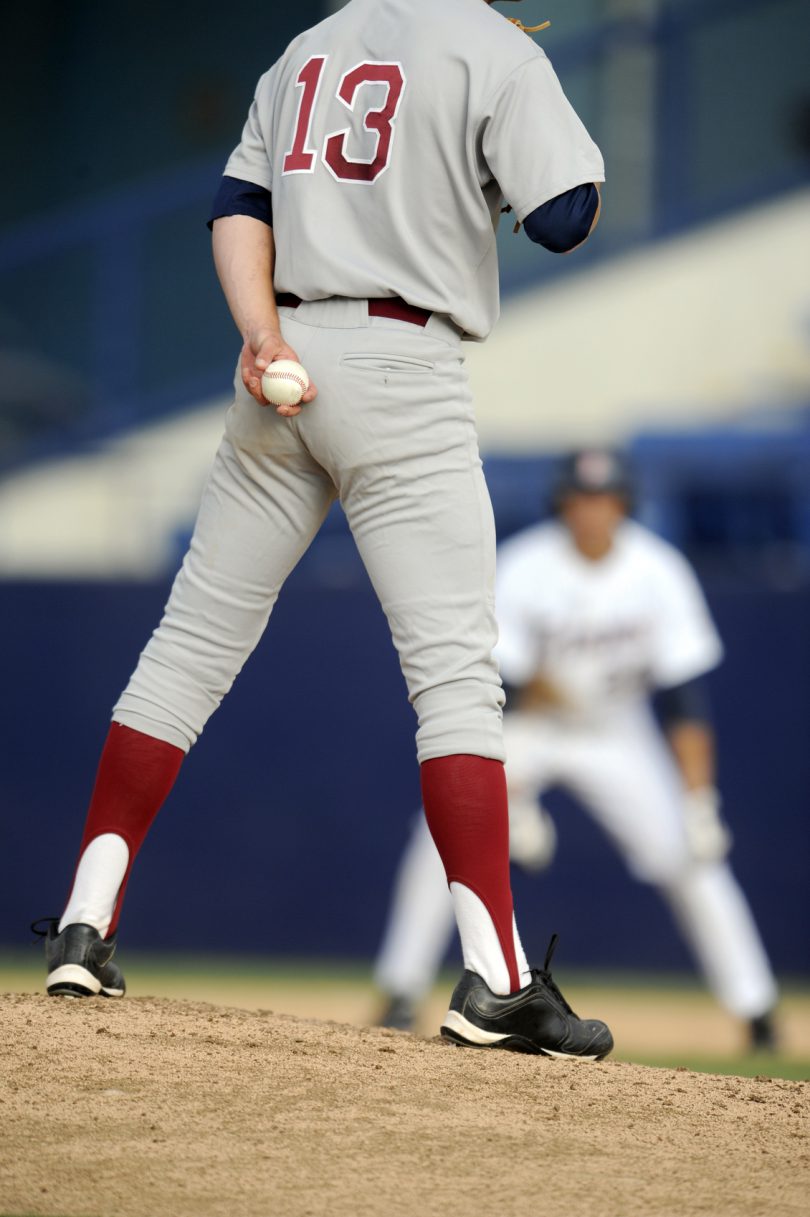 It’s the top of the 7th of a 3-3 game. After a walk and a base hit, the visiting team is threatening to take the lead.

With a 1-1 count, the left-handed batter steps into the box to face his right-handed counterpart. The pitcher comes set, checks the runners, and delivers an off-speed pitch. The batter takes a hard swing and hits a cue shot off the top of the bat back to the pitcher. The runner at third breaks home a few steps before realizing his error. Despite having the runner at 3rd caught in no-man’s land, the pitcher fields the ball, spins and throws it to the shortstop covering second.

The shortstop completes the easy double play turn, but the runner from third continues home, scoring without a throw. The visitors have taken a 4-3 lead.

This may sound like another variation of our popular First and Third Down Angle think the game series, but there’s two major differences in this situation. First, there are 0 outs. Second, it’s the 7th inning, not the 3rd. With a tie late in the game, the defense must do everything it can to keep the go ahead run from scoring.

The appropriate play here would have been for the pitcher to get the go ahead runner, who is hung up between third and home. By eliminating the threat at third base and maintaining the double play, the pitcher would have been 1 pitch away from preserving the tie and getting out of the jam. As it played out, he got 2 outs, but at the expense of giving up the lead.

Statistical analysis helps to show why letting the runner score, despite his poor base running decision was an even worse decision on the pitcher’s part. According to an article by Ryan Gantner in the Spring 2016 Baseball Research Journal, a runner from third would have to be safe at least 95% of the time (based on MLB data from 2014) to justify an attempted advance (Table 6). Meaning, if his poor decision to start towards home would have resulted in the defense taking the easy out, he would have really hurt his team’s expected offensive output for the inning. To look at it another way, getting the lead runner out would have reduced the offense’s chances of scoring at least 1 run in the inning from 88% to 40% (Table 5). Anyway you look at this situation helps highlight the mistakes by the runner at third (who got away with it) and the pitcher, whose failure to think the game costs his team the lead. When you find yourself in a similar situation on the bases or on defense, learn from these mistakes and be ready to do what’s best for your team.