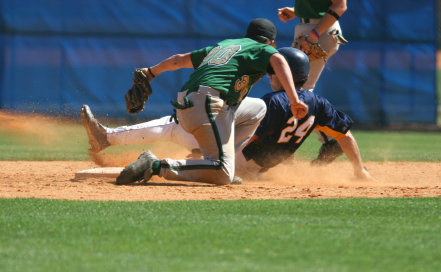 As a runner on first, you will be the most aggressive. You always want to get yourself into scoring position and the throw the catcher has to make after recovering the ball is farther and more difficult to make.

As a runner on second, you’ll want to be most aggressive with one out because advancing to 3rd can allow you to score without a hit. With nobody out, you have to give the hitter a chance to advance you or knock you in with the bat. With two outs, you need to be content with being in scoring position, and get ready to score on a base hit. As such, you should only advance when it’s a sure thing (ball to the backstop, ball kicks far away from the catcher, etc.).

As a runner on third, you are going to be more aggressive with two outs. With 0 or 1 out, you should give the hitter a chance to drive you in and take fewer risks trying to score. With two outs, you don’t want to bank on a base hit. Depending on who is up to bat, you’ll likely want to try to steal a cheap run however you can.

The Topic Catcher block and retrieve technique and mindset The Situation There’s a runner on...