We are a country divided, and we aren’t talking about politics. We’re talking baseball coaching philosophies. You don’t have to be on Twitter very long to see a pronounced split between many baseball coaches. On one side, you have the old-school mentality and traditional coaching values: small ball, err on hitting the ball hard on the ground, and stick with the hundred year-old plan for success. On the other side, you have a new-age coach, embracing data driven analysis and different ways of developing players and winning strategies. Nothing encapsulates this split better than swing plane. You have the swing down on the ball crowd versus the swing up on the ball crowd and neither side is pulling any punches. Jump on social media and you’ll quickly be inundated with the strong opinions in this debate and many others. The aim of this article is to appeal to both sides to consider how inflexible language and coaching cues can get in the way of player development. We’ll also cover why it’s important to remain flexible with our instruction and pay attention to the movements they elicit in our players.

In the Super Bowl, the Los Angeles Rams came back from a deficit in the 4th quarter to win, 23 to... 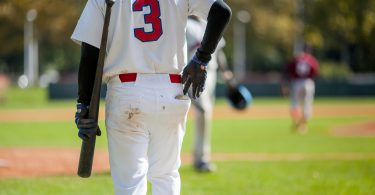