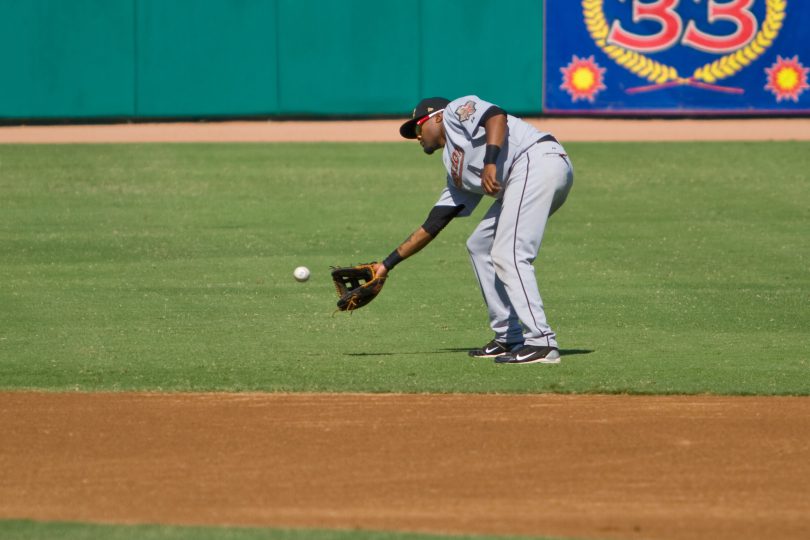 Technically, nothing about this play went wrong for the defense. The pitcher made a tough pitch, got weak contact, and the ball found a rare hole in front of the infielder. The second baseman charges hard but decides he shouldn’t risk making a poor throw on a play that he is certain will result in a hit. That all seems fine. So, what is the mistake? It was time for him to be creative.

Coaches, this is knit-picking to be sure, but the reality is that the inability to make this play is as much on training protocols as it is on the player. Far too often, we don’t coach players to be creative.

See it in action

So what’s the lesson here? Be creative. That goes for player and coaches. Yes, you want to play the percentages and minimize risk, but in this situation where there is no other runners and little chance that a mistake will be costly, why not be creative. As a player, reflect on plays that don’t result on an out and ask yourself if there is anything in the realm of possibility that could have been done. If you can think of something, catalog it for next time. Watch other players and make note of the creativity you see. As coaches, encourage creativity through drills. One drill we love is either playing H-O-R-S-E on ground balls, or having a group of fielders field the same ball but not let any fielder repeat the way another fielder plays the ball. In drills like these, you have to throw your standard coaching techniques out the window. Expect that there will be inefficiency and errors. It’s all in the name of fun and thinking outside the box, two things that are important. Tweak the rules as you see fit and let your players be creative. Who knows, it may turn into an extra out somewhere!