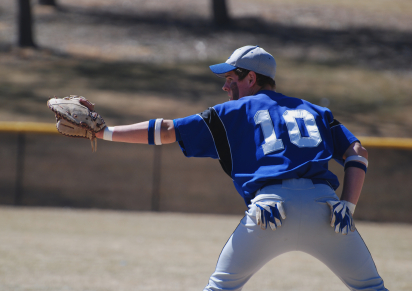 Despite being charged with an error, Napoli actually did everything right in this situation. It’s a classic example of how process doesn’t always match up with results. Sure Napoli didn’t make the play to end the game like he wished, but his decision to get in front of the ball and ensure that the ball stayed on the infield was A+. Goal number one when there is a low percentage play on the infield late in the game with the tying run on base is to make sure the ball stays on the infield and the lead is preserved.

Had Napoli tried to pick the ball on the backhand (a low percentage play given the pace of the ball and the top spin hop, even for a Big Leaguer), it’s quite possible that the ball would have ended up in the outfield and allowed the runner from second to score. His decision to body up and ‘play the percentages’ preserved the lead, despite not ending the game. As it would turn out, the next batter made an out to end the game, and Napoli’s unselfish decision paid off with the ultimate prize, a World Series win. Now that is thinking the game!