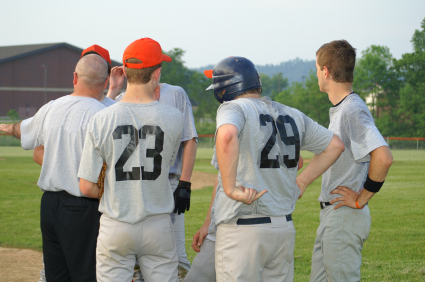 The beauty of college baseball goes well beyond the playing field. When we ask current and former players to tell us about their favorite part of playing college baseball, the vast majority says nothing about on-field baseball activity. Although playing baseball is the centerpiece of their experience, most players talk about the team as a family or the ability to play alongside “brothers” or best friends.

At the heart of the college baseball experience is the importance of team chemistry. More often than not, a team’s success will depend on how well team members get along with each other and how much they buy into a common goal. The team’s chemistry can be just as important as the talent of the individuals on the team. Chemistry starts between the players, but carries over to the coaching staff, and between the players and coaches.

Of course, you can’t expect to be placed with 25-35 other guys and find best friends in everyone, but the more accepting and tolerant you can be with your teammates, the greater the chances for team success. As an incoming player, here are some suggestions for what you can do to help with team chemistry once you are on the team and also how you can get a sense of a team’s chemistry before committing to a school.

With 25-35 other players and coaches on a team, figuring out how to get everyone to buy into a common goal is of upmost importance. As a first year player on a college team, you may have to get used to playing a smaller on-field role in contributing to team success. You may not like going from stardom in high school to a diminished role, but if you are going to have everyone pulling on the same rope, everyone needs to accept his role no matter how big or small. Helping to create an environment where even the smallest on-field contributors feel that they are important to the team is the key to team chemistry. If, as a freshman, your role is not as big as you would like, remember to remain team-oriented and to always be a good teammate. Show everyone that you put 100% effort in every task, every practice, and every opportunity. You might find that others feed off your energy. Coaches value players who can contribute to success in less obvious ways, and your contributions will not go unnoticed by coaches and fellow players.

If you are trying to decide between several schools and want to get an idea of the team chemistry and togetherness, perhaps the most important thing you can do to get a real sense of the team chemistry is to take a recruiting visit and hang out with the players. While on your visit, try to talk to a number of different role-players. By talking to starters and non-starters, you should be able to get a better sense of what the coaches are like, how the players interact, and whether the players are generally happy. Don’t be afraid to ask a lot of questions, you don’t want to be cautious when making a choice that will impact the next 2-4 years of your life. 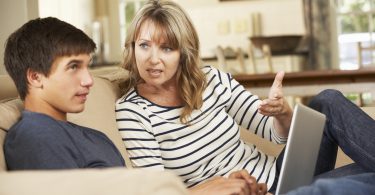 In This Episode In this episode, we break down parents’ role in the recruiting process in...