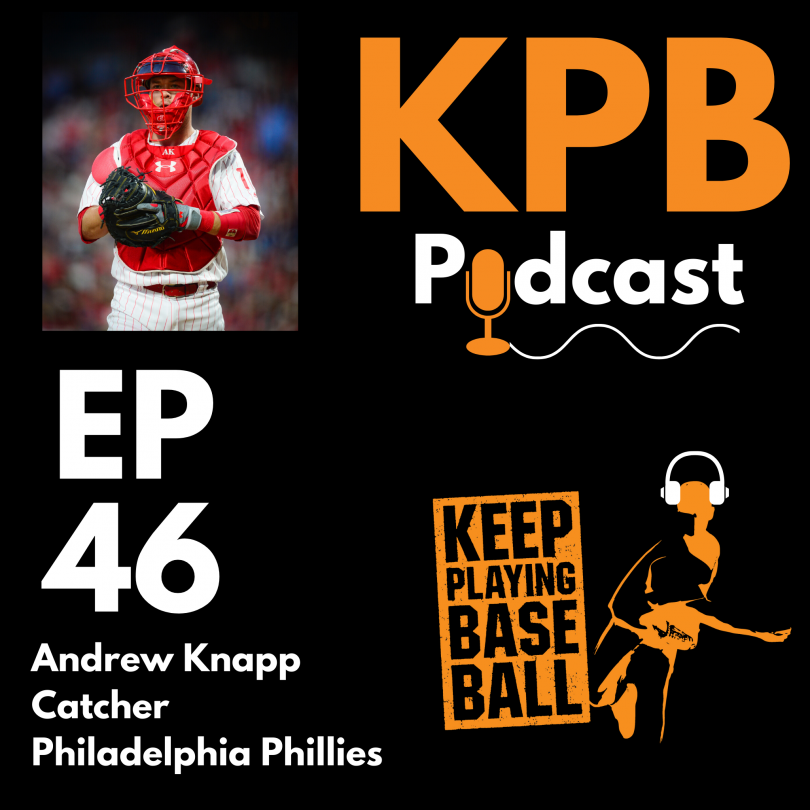 We are excited to be joined by Sacramento area native and Philadelphia Phillies Catcher Andrew Knapp on the KPB Podcast for this fun episode. A former standout for the California Golden Bears, Knapp quickly rose through the minor league ranks, making his Big League debut on April 6, 2017. Knapp comes from a baseball family as his father Mike played 10 years of professional baseball and his younger brother, Aaron, is currently playing in the minors. This will be Knapp’s fourth season with the Phillies, and he comes back to Philadelphia after a strong second half where he hit .271 with a .346 OBP. More importantly, he is one of the truly good guys in baseball. Knapp has been a huge supporter of KPB and uses his platform to give back and do good for his communities. In addition to talking about his path to the Big Leagues, we talk about his time in college, his routines and preparation, as well as some light-hearted questions like, what would you change if you were commissioner? And, what three teammates would you bring with you if you were stuck on a deserted island?

You won’t want to miss this great conversation, which comes with yelling children in the background (podcasting is hard when quarantining with kids!) and plenty of gems to get you better!