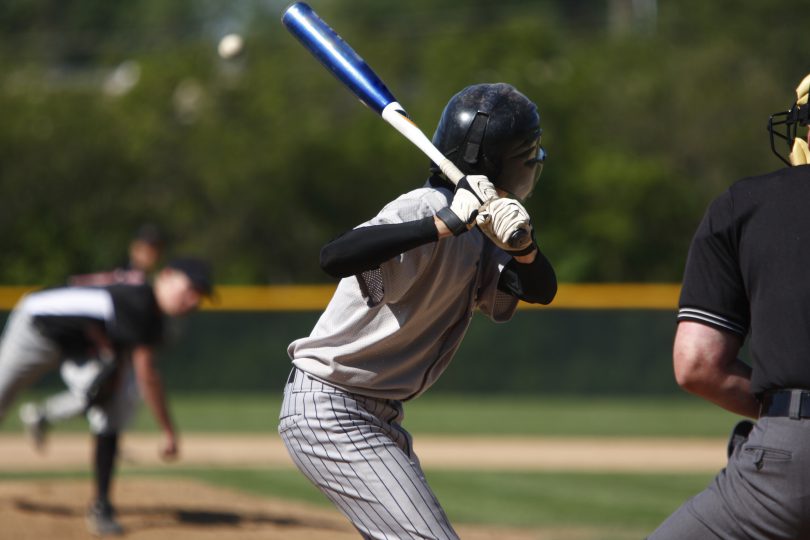 It’s a 5-5 game in the bottom of the 9th inning with a runner on 3rd and two outs. The hard throwing closer is in the game facing the speedy lead off man and has fallen behind in the count 2-0. (Yes, this is the same situation as the last think the game situation, but we have a new angle for you!)

The pitcher comes set and delivers a change-up that starts belt high before starting to take a dive out of the zone. The hitter, who is expecting a fastball, starts his swing. Mid-swing, the hitter realizes the pitch is not what he is looking for and attempts to hold up. His check swing inadvertently makes contact with the pitch, resulting in a swinging bunt down the third base line. The hitter takes off down the line as the ball trickles towards the charging third baseman. The third baseman realizes the bare-hand is his only play. He picks the ball up and slings it towards first. It is a bang-bang play at the bag, with the runner’s foot hitting just before the ball enters the first baseman’s outstretched mitt. Just after the batter hits first base, he slows up, looks to his left and gives an emphatic safe call.

This is the same play described last time. But like most situations, there is often more than one thing that could be done to improve the chances for a positive outcome. Last time, we talked about the batter’s base running. This time, we are going to talk about the check swing with a 2-0 count.

We call any favorable count to the hitter (1-0, 2-0, 2-1, 3-0, 3-1) a “leverage count.” The hitter has leverage over the pitcher because the pitcher must come right at the hitter and throw a strike.  In high school, hitters are most likely to see fastballs in these counts. In college, however, pitchers have better secondary pitches, and may try to entice the batter into swinging at a secondary pitch as if it is a fastball. Especially with a base open and the game on the line, the pitcher has a little more wiggle room with what pitch he can throw and is unlikely to give in. As a hitter in any leverage count situation, you are typically sitting on a pitch you can do serious damage on. One specific pitch in one specific location that you hit hard a high percentage of the time, for example.

The speedy lead off hitter in this situation thought he was getting his pitch and realized too late that the pitcher had him fooled. What he should have done was swing through the pitch for a strike. In leverage counts, there is little pressure on the hitter because even if he swings and misses, he still gets to hit in a decent count.  The worst thing a hitter can do in a leverage count is check his swing– check swings which likely result in weak contact, like this swinging bunt to 3rd. While the batter was actually safe, weak contact ends in an out a majority of the time. When you are in a leverage count, look for one pitch to hit hard. If you are fooled, swing through the ball and take the strike. There are few things more frustrating than having the pitcher on the ropes and bailing him out of the jam with weak contact. Swing hard and take your chances on the next pitch. Stay focused, remember the situation, and think the game.