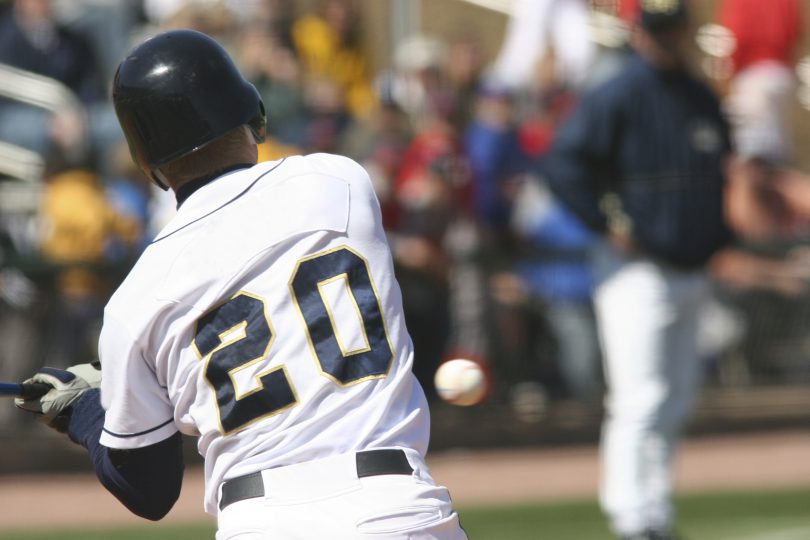 Runner on second, two outs. The 7-hitter is at the plate. The defense is ahead by one. The wind has begun picking up and is blowing out to left.

The second baseman is focusing on his positioning before the pitch. He knows that he can’t give up any ground to hold on the runner, because the most important thing is that the hitter does not hit a single. The second baseman takes a few steps back to give himself some ground. He can feel a little wind, but it never really registers with him. The game is tight and he is concentrating on doing everything he can to keep that runner from scoring. The hitter takes an off-balance swing hits a soaring popup that starts to come down just a few steps back over the second baseman’s head. He backpedals quickly, calling the ball immediately. The popup seems to hang high in the sky. The second baseman thinks he is camped right under it. Then, as the ball come down, the second baseman sees he misjudged the ball and needs to drift to his right. All of a sudden he takes a couple hard steps toward the middle of the field and dives, but the ball has drifted all the way into no-man’s land, and it drops.

The runner was off with the crack of the bat and scores. The hitter never stopped running and ends up on second base, giving the offense another runner in scoring position.

In this situation, had the second baseman been more aware of the impact of the wind, there would have been no need for him to call the ball immediately. He also would have been more likely to drop step and work to get behind the ball and catch it coming in, rather than backpedal. All these add up to a series of costly mistakes that could have been avoided.