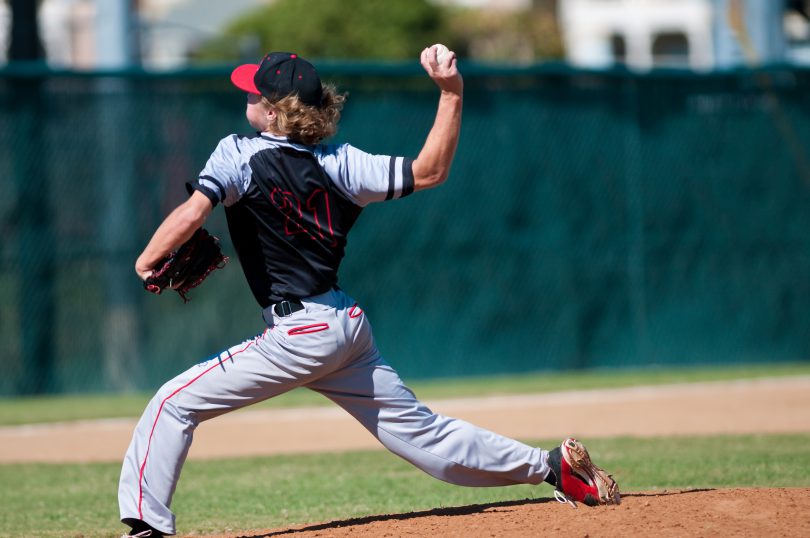 Runner on 2nd, nobody out, 5-hitter at the plate. The offense is ahead by 1 in the bottom of the 7th inning. The hitter is one of the best on the team at using the entire field, but also has good power to the pull side. The team as a whole is known for being scrappy and putting together team at bats at the plate. The pitcher, who is a hard thrower, knows that he doesn’t want to get beaten by a ball in the gap that will set up a big inning.

The pitcher decides that the best way to pitch the hitter is to stay away from him. He throws a first pitch fastball on the outer half. The hitter takes a good swing at it and hits it hard to the second baseman.

The second baseman fields it and throws it to first for the out. The runner from second advances to third base on the play. The next hitter comes up and with a 1-1 count, hits a fly ball to medium-deep left field on a breaking ball and the runner tags and scores, extending the lead.

In this situation, the offense scoring the run is not surprising, given the position of the runner and situation to begin with. What we want to consider is whether the pitcher became too focused on the possibility of being beaten by one hitter. In college ball, especially late in games, teams are going to work to manufacture runs. Some teams in this situation would even have the cleanup man bunt. We wouldn’t advise that strategy, but many still use it. However almost every hitter is going to be able to hit an outside fastball in this situation, especially if they are taking an opposite field approach to advance a runner.

When a pitcher is throwing to a guy in a situation like this, he needs to consider the hitter’s plan. If the hitter is looking to go the other way, it might not matter if he has pop to the pull side. If he’s looking for something away, he’ll likely have a hard time catching up to an inside pitch because his approach won’t allow it. He also might be willing to go fishing at off-speed off the plate away because he’s so focused on going the other way.

Granted, sometimes you’ll get beat pitching this way. But that’s just part of the game. You have to play the odds here and have some guts to go after a guy. Pitch to the situation and the hitter. Don’t ignore either factor. Every hitter in every situation in college ball will go up to the plate with an approach and a plan. If you can understand the hitter’s plan, it’s easier to find a weakness to exploit and use it against them. Know the situation and think the game.