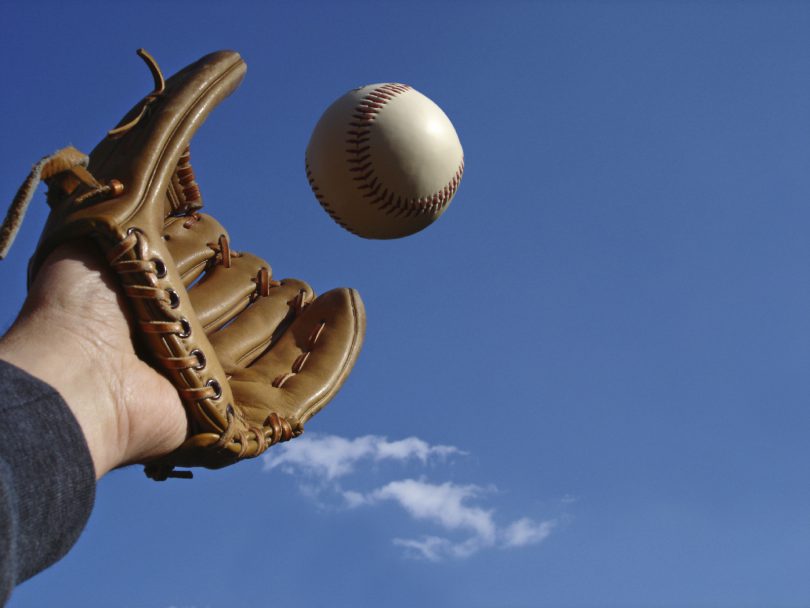 Back when I used to coach high school basketball, I developed a passion for teaching great team defense, largely as a result of working for Coach Kevin McKenzie (now of Roseville High School in Minnesota), a head coach who got his players to buy into a complete defensive philosophy better than any I’ve ever been around. Plenty of baseball players work very hard on individual defensive fundamentals like footwork, glove work, throwing, and transfers, but when it comes to team defense in baseball, the focus is often only on the “X’s and O’s”: where to be, what base to cover, or where to throw the ball. Many coaches stress communication, which is fantastic, but I’ve always enjoyed teaching cuts and relays – and tandem relays in particular – a little differently, because it represents an opportunity for a team to become really good at making plays that, through exceptional teamwork that goes above and beyond proper positioning, can truly change games.

The first time cuts and relays really “clicked” for me, a coach explained to me that all relays involve a short, quick throw and a long, strong throw – it’s just the order that changes. On a single, the outfielder makes a long, strong throw, and the infield relay man makes a short, quick throw (if needed), meaning that he should position himself generally much closer to the base than to the outfielder. On a sure double, that order is reversed. It makes much more sense for the outfielder to make a short(er), quick throw, which is why, when the ball is sitting on the warning track or against the wall, outfielders should pick it up and “get it in” as quickly as possible, with no wasted steps or movement. It falls on one of the tandem members, therefore, to make the long, strong throw. This is why it’s so great, on the most fundamental level, to have two relay men! The outfielder can pick the ball up and throw it quickly, in the general direction of the tandem, without having to worry about being very accurate or judging distance.

With two athletic middle infielders spaced 10-15 yards apart, we should be able to handle just about any throw in our general vicinity. Even better, between the two relay men, at least one of them should be able to work himself into a great relay position: catching the ball on his left chest, hands together, already turned sideways and “running with” the outfielder’s throw.

What’s A Sure Double?

I’ve heard “sure double” defined lots of different ways over the years. The best rule of thumb is probably that if you see your outfielders’ backs turned to you, the hit is a sure double, but I hesitate even to employ that definition completely. I prefer the common sense approach: know where the ball is, and know where the batter-runner is. If you’re a high school or college player, you’ve been playing the game long enough to know what a double looks like, to know when it’s pretty clear that every runner is moving up at least two bases, and maybe three.

Only Two Situations To Know

Many players still manage to overcomplicate this, but there are only two situations we need to be able to handle if the batter hits a sure double: when there is a runner on first, and when there isn’t. If there’s a runner on first, our tandem lines up with home plate; if there isn’t a runner on first, it lines up with third base. Simple as that – runners on second and third, if there are any, don’t matter! And remember that if we line up with home plate but it becomes evident that the runner from first is going to score easily, we can always adjust the positioning of our tandem; or, if there’s not time to adjust and line up with third base “on the fly,” we can simply throw the ball to third base anyway – odds are it won’t be that difficult of a throw.

I always liked to introduce tandem relays by getting players to agree on something: we’re going to make it very, very hard for a runner to score from first on a double against us. Sure, it’s going to happen from time to time, but we’re going to take it personally when it does. Extra-base hits tend to make things chaotic, and it’s easy to become impulsively reactive to the situation, losing sight of the main objective: the runner on first base does not score! (Or, if there is no runner on first: no triples!) This is where the basketball or football defensive mentality can be useful. It’s not about me knowing where to be and where to throw; it’s about that runner on first base not scoring on us. Lots of coaches don’t like spending a lot of time practicing tandem relays, because they aren’t needed all that often. I’ve always argued that there’s a big difference between simply knowing how, intellectually, to execute a tandem relay and being really, really outstanding at executing tandem relays, and that mastery only comes through practice. But the point is this: extra-base hits in close games often define the outcomes of those games, so by becoming great at defending them, a team gives itself an edge on the most important, most game-changing defensive plays it will make over the course of a season.

A few summers ago, Coach Clemente Bonilla of Capistrano Valley Christian School in California – one of the best high school coaches around – taught me something about cuts and relays that I’d never learned in all my years in the game, a little thing, perhaps, but a very interesting and useful tidbit nonetheless. It’s actually an answer to a trivia question, I suppose: what’s the only situation in baseball in which the relay men don’t line up directly (i.e., in a straight line) with the base? With a runner on first base and a ball hit into the left field corner, the shortstop/second base tandem should actually stay about 10-15 feet inside the left field foul line. Why? Because if they line up on the foul line, or in foul territory, there won’t be a throwing lane to home plate (just picture a runner rounding third and heading for home, with the third baseman standing on the bag, too). Plus, as Coach Bonilla pointed out, a spot 10-15 feet inside the foul line is about the farthest point we can realistically expect a second baseman to run in the time it will take the left fielder to go get the ball. It may happen once in a season (or not at all!), but when it does, your catcher will definitely thank your middle infielders for the great sight line! 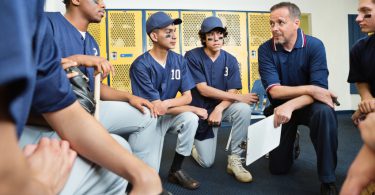