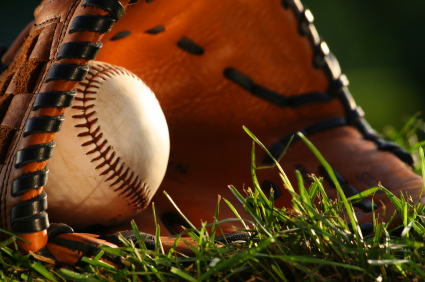 In “Think the Game,” we’ll present you with situations you could find in any game, from high school to the major leagues. You’ve probably heard your coaches tell you for years “before the pitch is thrown, know what you’re going to do with the ball if it’s hit to you.” Thinking is a skill that many ballplayers take for granted. But at the college level, the difference between an average and good ball player is often not physical talent but the ability to think. A college coach will not put players on the field, no matter how talented they are, if he cannot trust them to be able to think at the college level. It’s often said that when you get to college, the game “speeds up.” But what does this mean exactly? Sure, the ball is thrown faster, hit harder, and goes farther. But that’s only the physical part of the game. The biggest difference is how fast a college player is expected to think. Here are some examples:

These plays are exceptional at the high school level. They distinguish the players that will move on to the next level from those who won’t. In college, these plays are expected to be routine. Our goal in “Think the Game” is to give you situations and plays that you will encounter in high school, college, and beyond. We will show you the different consequences that come with different decisions on the field. In short, we’ll show you how to think like a college baseball player. When it all comes down to it, remember this: In order to slow the game down, you have to be prepared, know the situation, and trust yourself. If you can accomplish this, you’ll be able to show college coaches that you really know how to play the game, and you’ll get noticed.

An outfielder who cannot think through these situations will not be able to play in college. If you think you might be a poor defensive outfielder (for example, you have a weaker arm, or less range than most outfielders), you can make up for any of those deficiencies by playing smarter than everyone else.

Pre-pitch preparation for all fielders has to include the whole situation. You have to recognize what each runner means to the game and what consequences could come from potential plays. It’s not easy, but it must become routine. So start small. Watch a pro game on TV and find situations when they make the right (and sometimes wrong) play, no matter how big or small it is.