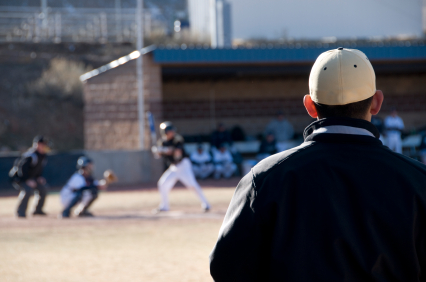 Remember the situation with our prospective college player, Alex? If not, be sure to read the first installment here.

Alex has a pretty typical game. He gets a few hits, makes some nice plays in the field, and generally stands out as a one of the top players in the game that Coach John has the chance to watch. Coach John is faced with a difficult decision. He really likes Alex but he also has another excellent infielder on his list. He would like to recruit both players, but he knows that he will not be able to get two similar guys in such a small recruiting class.

John notices he has time before the next game to go to the snack bar. Still wondering which player to approach, Johns waits in line.  After a few moments, John notices that Alex is up ahead of him in line, standing about 5 or 6 yards away talking loudly with two people John assumes are Alex’s parents. The conversation does not sound pleasant. While Coach John doesn’t hear the entire conversation, Alex is being openly rude and obviously disrespectful of his parents. Alex’s mother is embarrassed by his behavior and his father raises his voice, “Your mom is only asking where we’re supposed to meet you after you’re done.” Coach John doesn’t hear what Alex says but he sees that Alex’s father is frustrated and Alex has turned away and crossed his arms.  The interaction leaves Coach John with a million different questions running through his head. Does this kid have character issues? If he is rude to his parents in public, how will he be with coaches and staff? How is he with his teammates?

It might not be fair, but Coach John can’t seem to get the encounter out of his head. He does not want players on his team with attitude problems or anyone who will work against the positive culture he has worked so hard to create in his program.

Just click on the links below and learn from Alex’s story!