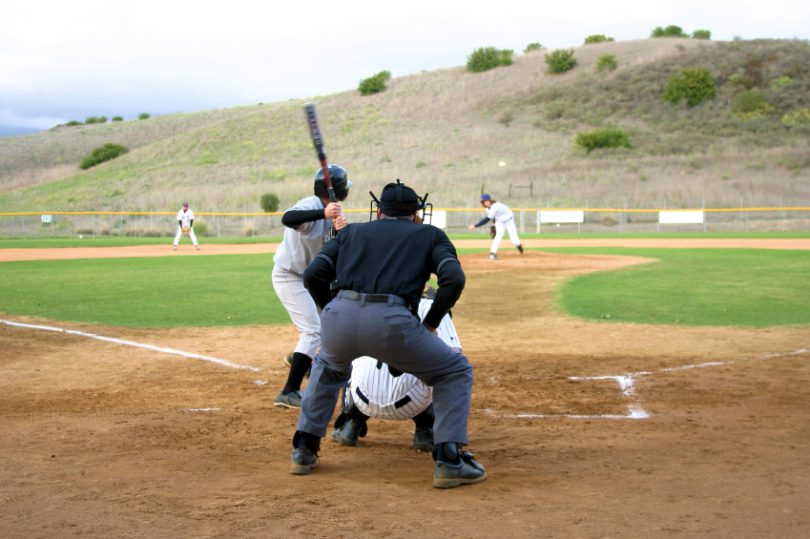 Remember the situation with our prospective college player, Alex? If not, read the first one here or the most recent related post here, before you go on.

Alex is off to a good start as Coach John looks on from behind home plate. In his first at bat, Alex laces a single into left field. He also has made several routine plays with ease. Things are going well when Alex strolls to the plate for his second at bat. With a 2-2 count, Alex fouls off a curveball and is battling. The next pitch, a fastball, comes in low and away. Much to his dismay, Alex steps out of the box just as the umpire rings him up on the called 3rd strike. Alex looks at the umpire with disgust, shakes his head and slumps back to the dugout.

When Alex heads out to the field for defense, his frustration with his last at bat is still obvious. He is firing the ball across the infield recklessly and as hard as he can. He pounds his glove with his fist and continues to shake his head. He fires one warm-up throw in the dirt that his first baseman scoops, and his second throw sails over the first baseman’s head.

The first ball of the inning is a chopper to Alex. A play he usually makes with ease. Still thinking about his last at bat, Alex gets to the ball but looks up too soon. The ball hits the heel of his glove and kicks away. His error flashes up on the scoreboard.

As Coach John looks on, Alex is looking at his glove as if there is something wrong with it. Coach John is now not so sure about Alex. Alex’s fielding error is not the problem; the real issue is the reason behind that error. Alex was dealt some adversity (the bad call) and he couldn’t turn the page. Alex let one negative result change his attitude, and worse, he let it affect his performance. For Coach John, this is a big knock against Alex. Coach John wants a player who can deal with adversity and manage his emotions. All coaches want players who can demonstrate maturity and handle themselves well on the field no matter what happens during a game.

Players who show that they can’t deal with failure are likely to get crossed off recruiters’ lists. A great way to recover quickly from a mistake or negative result is to have a routine to help you regain control. You need to practice refocusing on what is happening in the game. You need to stay calm and alert throughout the ups and downs that happen in every game. There are many ways you can do this. We suggest a few things you can try below:

Finding your own system to clear your head and stay focused through bad experiences will make you a better player and a better prospect. Don’t let a coach doubt your mental toughness, ability to overcome a mistake, or wonder if you are mature enough to handle baseball at the next level. Don’t forget, baseball is a game of failure. Coaches and recruiters are watching for the way you handle that failure. Use a routine, wipe away feelings, stay focused, overcome mistakes and keep playing baseball.

Just click on the links below and learn from Alex’s mistakes!