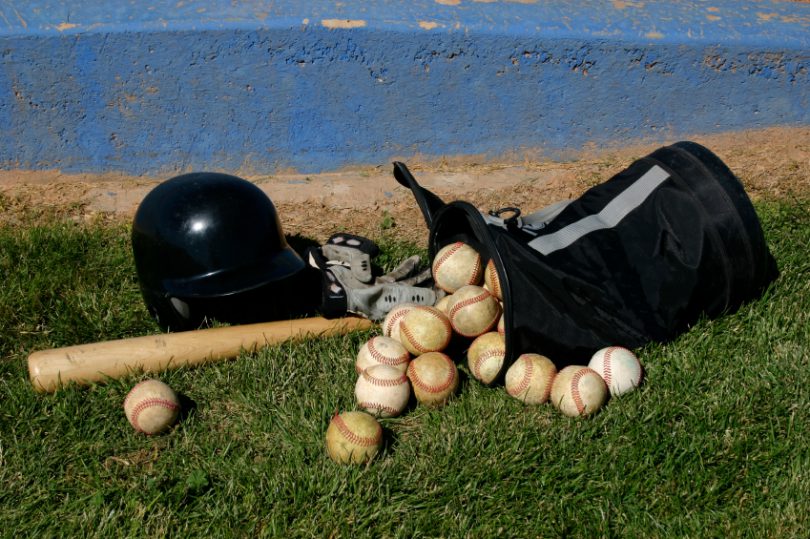 Tryouts are getting closer, and it’s time to start ratcheting up your hitting. If you’ve been taking swings consistently over the last few weeks, good job. If not, don’t overdo it now. Always go for quality over quantity, especially when you’re a little rusty. Bad swings breed bad habits. Really focus on mechanics and solid contact.

The hardest part about getting back into the swing of things around the start of the season is picking up pitches. Seeing spin out of the pitcher’s hand is possibly the most difficult thing a hitter has to do. Everyone knows how it feels when they just aren’t seeing a certain pitch early, and the effect on their at-bats. When you’re just coming back from a break and haven’t seen live pitching in a while, it takes a lot of reps to get your eye back.

Pitchers aren’t going to be able to throw you tons of BP, especially because they’re just getting their arms back in shape. They have a lot to work on in the ‘pen before they can get on the mound and start throwing simulated games and intersquads.  But that doesn’t mean you have to sit and wait. Ask your coach if you can get into the bullpen and start tracking pitches. If your coach says it is ok and you’ve talked to him about any safety precautions you need to take, try these steps to get a jumpstart on your season.

1. Usually you want to let the pitcher get loose and establish his pitches a little. Most pitchers will then start throwing to some simulated hitters during their pens. They’ll mix pitches and locations, often having the catcher call balls and strikes. They’ll strike out 3 hitters, take a short break to simulate between innings, then throw to a few more hitters.

2. Make sure you follow all of your coach’s safety precautions. As a hitter, get a helmet (this is really important, because a lot pitchers lack control at this stage, and you can’t trust them to locate, especially if they’re coming inside) and step into the box. If you don’t trust the pitcher, have the catcher tell you when they’re coming inside with a fastball. There’s no reason to wear a pitch in a bullpen that you could have avoided.

3. Act like it is a normal at bat, but do NOT swing! For example, when you’re starting a new count, pretend like you’re looking for a certain pitch. If you would normally sit on a fastball middle-away on the first pitch, look for that. If you get it, mentally see yourself attacking that pitch and hammering it into the oppo gap. If it’s a different pitch, or a ball, take it. Take your entire at-bat this way. Adjust to each count the way you would adjust in a real game. Make your 2-strike adjustments. Step out of the box in between pitches if that’s your game routine. Make it real!

Tracking will help you reestablish your eye by letting you see a lot of pitches in a short amount of time. You can take 5-10 mental at-bats off a pitcher in 10 or 15 minutes. But tracking this way only helps if you make it real. If you don’t try to mentally put yourself in a game situation, and just go through the motions, then you’re wasting your time. Do it right, and you’ll be ahead of the game when tryouts and practices start.