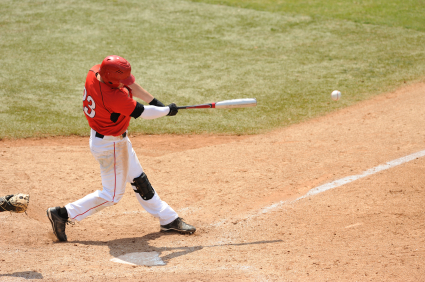 Runner on 1st, 1 out, bottom of the 8th. The game is tied, and the 6-hitter, a lefty, is at the plate. The runner on first has above-average speed. The third baseman has pulled slightly off the line, hoping to turn any ground ball in the 5 ½ hole into a double play.

The lefty takes an outside fastball and scorches it just inside the third base bag, right down the left field line.

The outfielders were playing deep and towards the gaps in no-doubles defense, and the left fielder has to go a long way to get to the ball. The runner from first scores, and the offense takes the lead.

As it gets late in the game, the defense has to take the big picture into account. Although a double play would be huge in that spot, the risk of moving away from the line make the move a tough sell. It is much more important, in the big picture of the game, to ensure that the runner on first cannot score on a single hit.

Whenever you’re heading late into a tight ballgame, especially when the game is tied or your team is ahead, you have to prevent the big hit. Normally, that’s a double. (Obviously the exception to this would be when there is a runner on second or third, in which case you have to prevent the single.) A double is a game-changer in the late innings, because it can score a runner from first, or instantly put a runner in scoring position.

No doubles defense for an outfield usually means playing deep and relatively straight-up, although some teams will pinch the gaps more than others.

In the infield, the first and third basemen should stay plastered to the baselines. Nothing should get down the line. If you’re a corner guy, and you don’t have a ton of range, play a step off the line. You can’t allow a double down the line, especially when your outfield is exposed by playing deep.

Understand the overall game situation. Make adjustments every pitch, and every time the situation changes. Think the game.