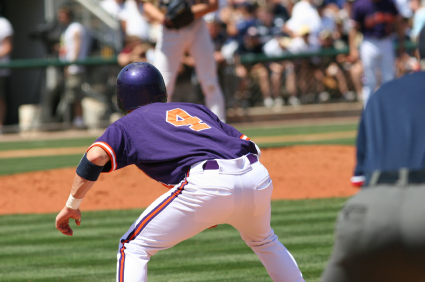 The Situation: Runners on first and third, one out, tie game in the 7th inning. The 7-hitter is at the plate. The third base coach tells the runner on first that he’s “off on contact.” The middle infield is at double-play depth, and the corners are in.

The Play: The runner on third knows that he has to run as soon as the ball is hit, even if it’s just a grounder to the infield. He wants to at least make the play close at home, so he inches down the baseline. The hitter swings and ropes the ball towards third. The runner on third takes a hard step towards the plate on contact.

The Outcome: The third baseman reaches out and catches the line drive. He quickly tags third, doubling off the runner.

The runner on third had the wrong mindset going into the pitch. Coaches will put the “contact play” on with runners on first and third and one out because they would rather sacrifice the runner on third at the plate than give up a double play that will end the inning. The runner on third has to know that he doesn’t have to get a great break towards the plate. No matter how fast he is, a ground ball to a corner infielder will probably mean that he will be thrown out at the plate.

The runner on third has to be cautious. The worst thing that can happen is that he gets overly aggressive with less than 2 outs. The runner should take a conservative lead so that he can easily get back to third. More importantly, he has to have the mindset where, instead of going on contact, he’s “seeing the ball down.” This means that he’s going to go for home when he sees that the ball is going to hit the dirt. That will help the runner freeze on a line drive.

If you’re on third with 0 or 1 out, take a shorter lead and see the ball down. The worst thing you can do is kill a rally by letting yourself get doubled off. Don’t be in a rush if you’re going for home on contact. You must be smart on the bases, not out of control. Understand the situation. Think the game. 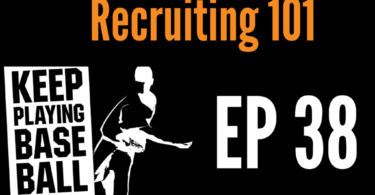 On This Episode: He took over as college baseball’s youngest head coach at 23 years-old. Fast...