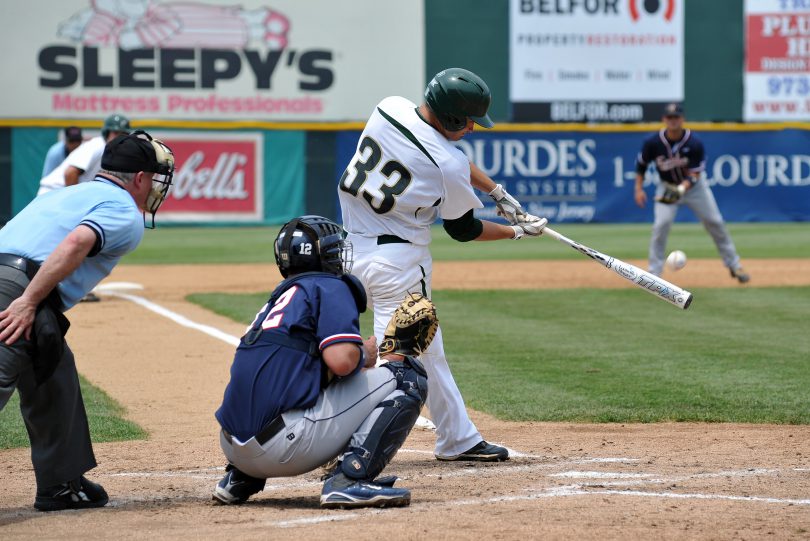 It’s the top of the 6th inning of a 4-3 game. There are runners on second and third with 1 out. The batter is a big lefty, so the defense opts to play the first baseman back behind the bag and concede a run to increase the defensive range and try to prevent the go-ahead run from scoring on a seeing-eye-single through the right side.

The pitch comes in and a ground ball is hit to the first basemen in the four hole. The runner from third is going to score. The pitcher breaks to cover the bag just like he is supposed to. The first baseman fields the ball and flips it to the covering pitcher to get out number two. The pitcher catches the ball, steps on first base, and continues on his path but doesn’t look for the next play. The runner that was originally on second base notices the pitcher’s neglect and doesn’t stop running. He turns the corner headed for home.

The pitcher hears the “4” call and panics. He tries to make a hero (jumping) throw to the plate, but the throw is too little, too late.  His throw bounces  in the dirt in front of the catcher and the runner to scores  to give his team a 5-4 lead.

Your job as a defensive player is always to make the next play. In this case, when the ball is hit, the next play is at first. When the out is made at first, the next play is to hold the runner at third. The pitcher wasn’t prepared and even though the defense was positioned to defend that exact play, it cost his team a run and the lead.

A play like this gets covered every time a team practices PFPs (pitcher fielding practice). You’ll often hear coaches say, “Once you touch the base, look for the next play.” You practice looking for the next play to try to create muscle memory for this very situation, but it doesn’t happen automatically. When the play is executed correctly, the pitcher hits first base, chops his steps and breaks down so he can get his momentum under control and position himself to make the throw home. In most cases, the runner will see the pitcher chopping his steps and stay at third, giving the pitcher a chance to strand him there with two outs.

The pitcher’s mental lapse on this play will sting for a long time. Situations like this are why you should never take a rep off during practice or just go through the motions. You must be engaged and go over the play at game speed in practice, so you can do it on autopilot during the game.  In baseball, a play as simple as covering the bag at first can be the difference between winning and losing.  A mental mistake like this should never happen if you practice the right way, are locked in, and think the game.

The Situation: Runner on second, nobody out, 5th inning. The defense is ahead by one. The left...