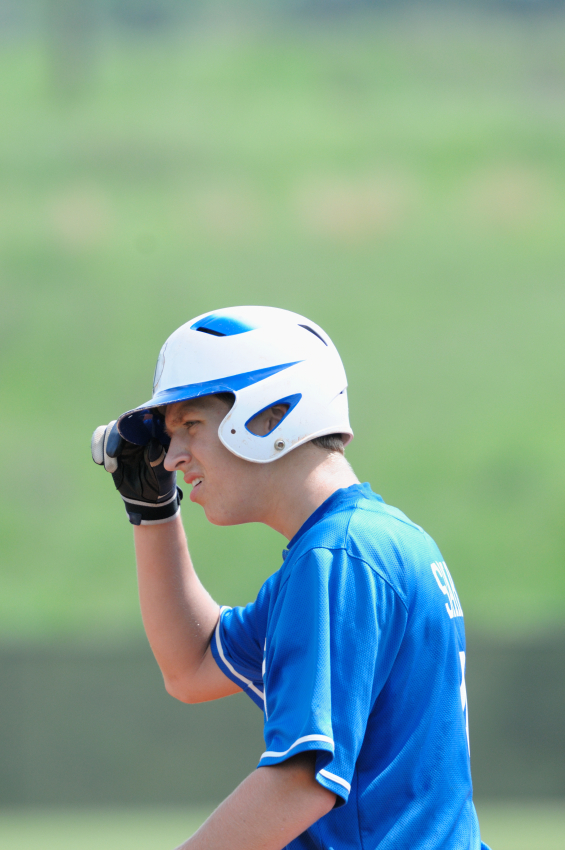 There’s a runner at 1st with no outs in the top of the first inning of a brand new ballgame. There’s a 1-0 count on the 2-hole hitter, as he peers down to the third base coaching box.

The sign comes in from third and the coach has called for a hit-and-run. The runner takes his lead and as the right-hander delivers the pitch, he takes off for second. The runner rolls his head in to see the pitch, which turns out to be a slider that breaks down and away, off the outside corner. The batter flails at the ball, narrowly missing it with an awkward, defensive swing. The catcher goes to his backhand to pick the pitch, which ends up well off the plate. The ball hits off of a combination of the heel of the glove and the catcher’s wrist, creating a loud smacking sound. The play also takes the catcher so far to his backhand that he ends up facing the crowd, with his back to the field.

When the dust settles, the ball is within reach of the catcher, who gathers it and collects himself. On the bases, the runner has easily made it to second standing up without a throw. When the runner gets to second, he sees the ball on the ground and the catcher with his back turned. Having heard the noise of the ball hitting the catcher, he assumes that the batter foul tipped the ball. He puts his head down and starts making his way back to first base. There is a commotion on the field as the defense realizes the opportunity to steal an out. The catcher quickly gets the ball to the second baseman who has walked towards the runner. The runner looks up, confused by what is happening as the crowd begins to yell. Before the runner knows it, he’s being tagged out. He looks at his base coach, palms to the sky with a look of confusion.

Baseball is known for having confusing plays. It’s known as a game of inches for a reason, and close plays are the norm. There are many times when runners must rely on the umpire to signal what has happened before they can make a decision. When runners are in motion, it’s even easier for there to be confusion. In this situation, the runner hears a sound and assumes foul ball having seen how close the swing came to the ball. His assumption is his mistake. When on the bases, you must be 100% sure of what is happening before vacating a base.

Had there been a foul ball, all umpires should have their hands in the air to signal it. Rather than look around and assess the situation or ask for clarification, the base runner assumes he knows what happened and it is a costly mistake.  Plays like this are extremely embarrassing, because there is no excuse or rationale for having them happen. You can understand why the mistake was made, but this one is on the runner and no one else. Make checking with umpires to verify results of a play part of your base running process so you don’t make the same mistake. If asking for clarification saves you from making this mistake just once in your career, it will be worth it.